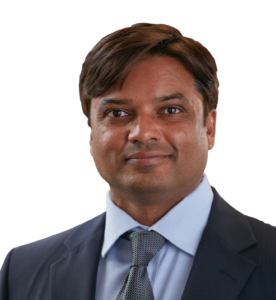 Vijay Jainundh is a Chartered Accountant with 20 years industry experience in the financial services sector. After completing his articles at Deloitte, Vijay joined a specialist financial services company Mettle Limited where he worked within the company’s structured finance and securitisation division. During his tenure at Mettle, Vijay also set up and started Mettle Factors, an invoice discounting finance company that provided working capital finance to SME clients as well as Mettle Motor Loans which was a vehicle loans financier to the credit impaired and unbanked consumer.

The division was responsible for all the group’s capital raising, book building, corporate finance, and M&A work. Capital raising grew from a few million Rand to over R5bn annually. The majority of the funding involved new capital raising, structuring and managing capital to cater for growth in the group’s operations within the non-traditional banking sector such as taxi loan finance to South African taxi route operators, mortgage finance for repossessed homes as well loan finance to SME businesses. In 2012 the business listed on the JSE, and the division was instrumental in playing a wider role to achieve the listing. Other transactions included South African Reserve Bank, Exchange Control and Jurisdictional Tax Treaty engagements as well as enterprise disposals and transaction un-winds. Vijay also has experience in starting and running his own businesses. 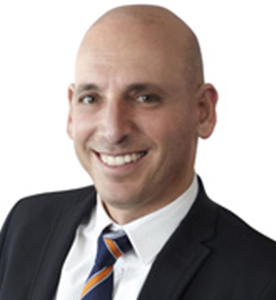 Gary Palmer is a successful business entrepreneur with more than 20 years business experience and extensive deal making experience. Gary is the founder and CEO of Paragon Lending Solutions and has grown the business into a successful provider of finance to established entrepreneurs. A Chartered Accountant, Gary has a comprehensive understanding of the financial levers for property and business deals. During tenures at Ernst Young UK and Investec SA, he specialised in corporate finance, focusing on financial structuring for bank-backed high-net-worth individuals. In 2007, he established an independent finance business which became Paragon Lending Solutions in 2009. The business continues to serve many established entrepreneurs as a principal lender.

This website uses cookies to improve your experience while you navigate through the website. Out of these, the cookies that are categorized as necessary are stored on your browser as they are essential for the working of basic functionalities of the website. We also use third-party cookies that help us analyze and understand how you use this website. These cookies will be stored in your browser only with your consent. You also have the option to opt-out of these cookies. But opting out of some of these cookies may affect your browsing experience.
Necessary Always Enabled
Necessary cookies are absolutely essential for the website to function properly. These cookies ensure basic functionalities and security features of the website, anonymously.
Functional
Functional cookies help to perform certain functionalities like sharing the content of the website on social media platforms, collect feedbacks, and other third-party features.
Performance
Performance cookies are used to understand and analyze the key performance indexes of the website which helps in delivering a better user experience for the visitors.
Analytics
Analytical cookies are used to understand how visitors interact with the website. These cookies help provide information on metrics the number of visitors, bounce rate, traffic source, etc.
Advertisement
Advertisement cookies are used to provide visitors with relevant ads and marketing campaigns. These cookies track visitors across websites and collect information to provide customized ads.
Others
Other uncategorized cookies are those that are being analyzed and have not been classified into a category as yet.
SAVE & ACCEPT